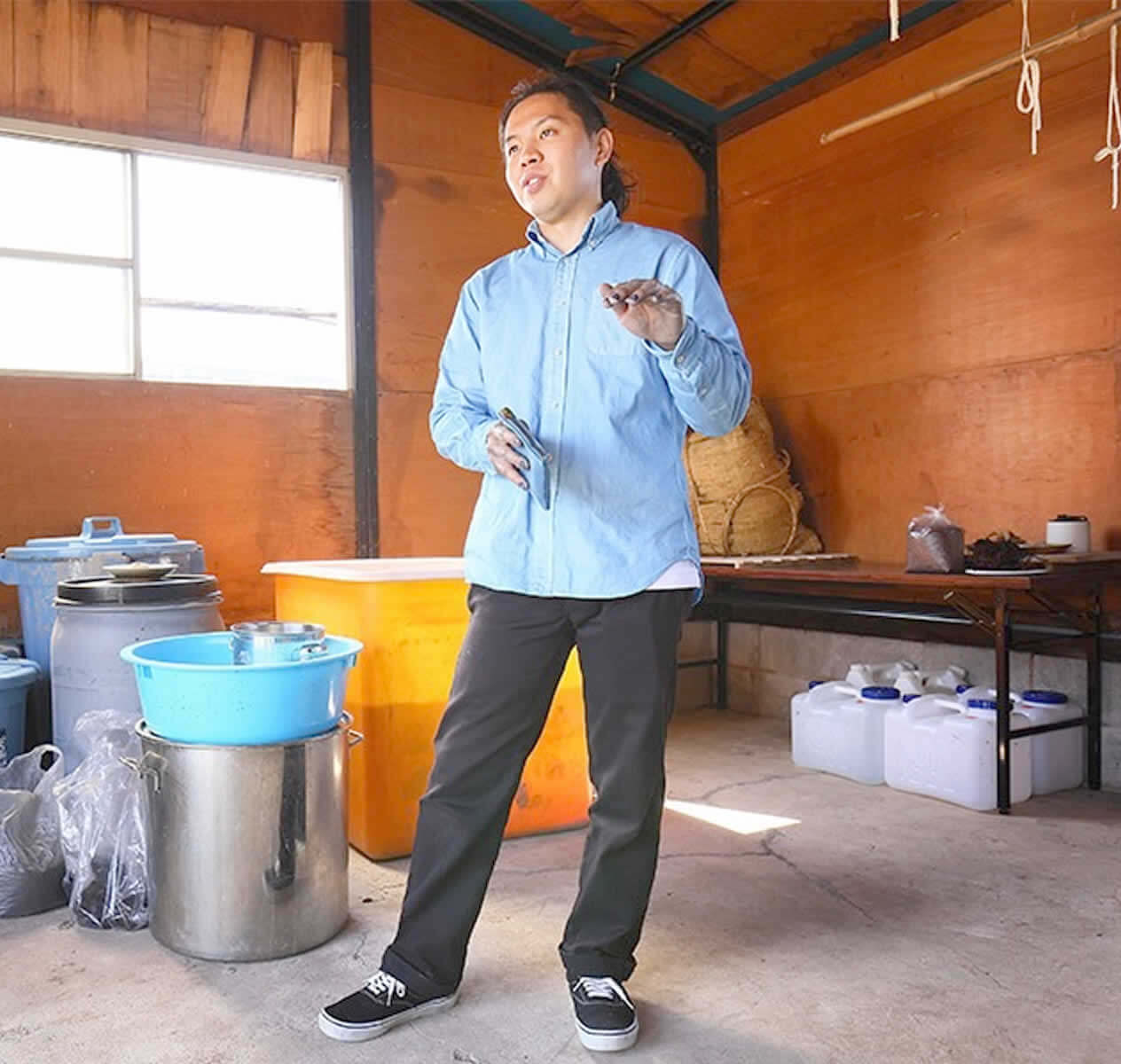 After graduating from university, I learned about the existence of Aizen's "Japan Blue" that I met in New York in 2013, and I began to aim to become an Aizen writer.

After returning from New York, when I thought about the future without any knowledge at that time, I began to realize that I could live if I had a job (skill) in my hand.
Then, while watching the special feature on indigo dyeing that was broadcast on TV by chance and investigating about indigo dyeing, I first went to the exhibition of Somenotsukasa Yoshioka, a dyeing shop that has been on TV for over 200 years in Kyoto. I decided to carry it.

I was shocked to learn that the exhibition has various colors such as green, yellow, red, and purple, as well as indigo dyed "Japan Blue", all of which are dyed from natural animals and plants. ..
At that moment, in my head, "I want to dye with my own hands using the plant color that spreads in front of me," and as soon as I thought so, I wanted to become a disciple of [Somenotsukasa Yoshioka, the fifth head of the family, Yukio Yoshioka]. , Take action. 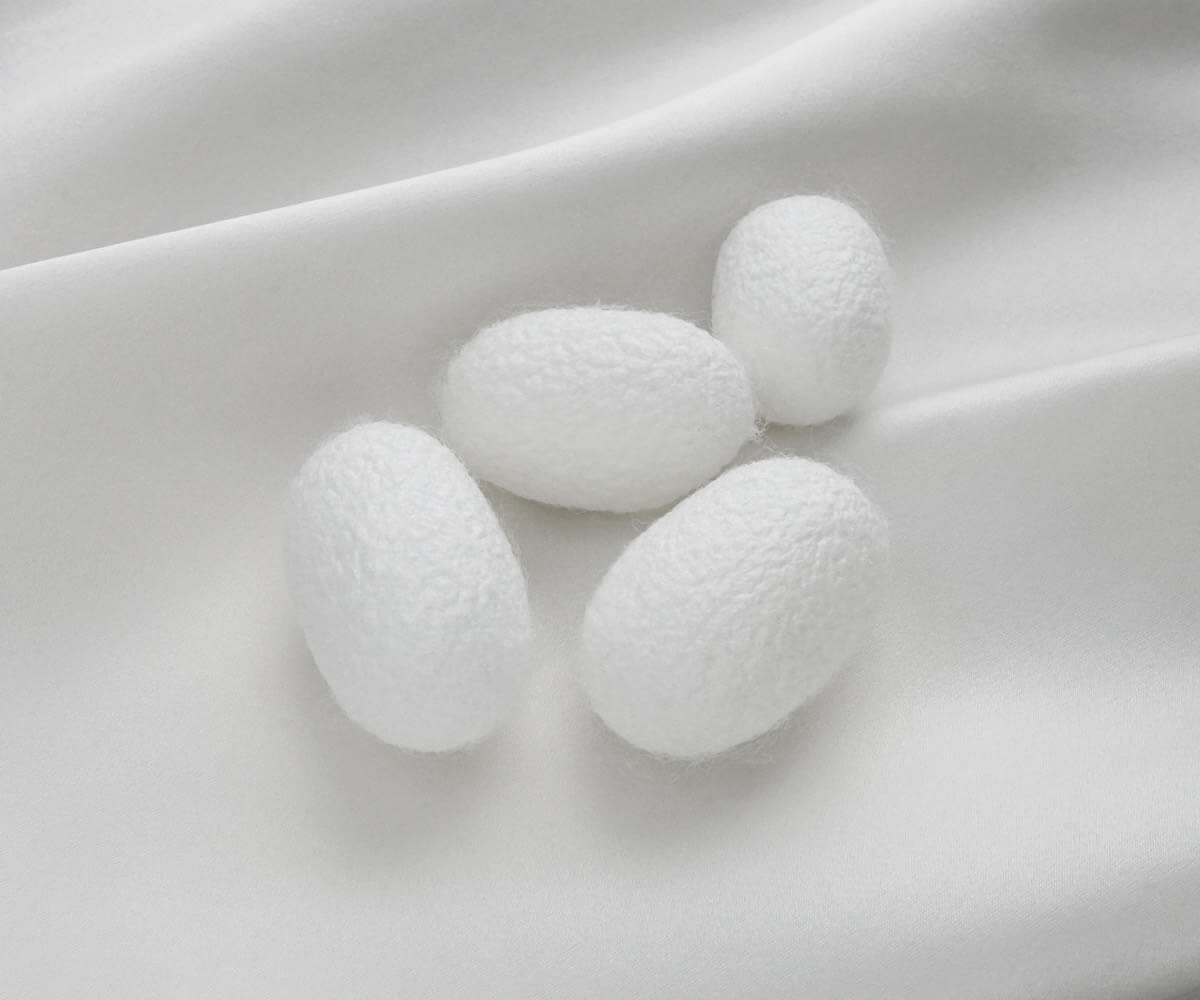 Learn consistently from sericulture to clothing at the Nomura Silk Museum

From that time, I had the consciousness of learning everything and becoming independent in three years of training, but it was not so easy, and of course, I could not take a young man who had no qualifications as a disciple, so I immediately paid in advance. After that, many people visited and asked for Yukio Yoshioka. Then, after giving up halfway and asking for the last time, I made a promise to accept as a disciple on the condition that I would study for two years at the "Nomura Silk Museum" in Ehime Prefecture, and from June 2015, I went to Ehime Prefecture for the first step of training. I went on a journey.

At the Nomura Silk Museum, you can learn from sericulture to grow silk moths, silk moth spit threads (silk threads), dyed threads with plants, hand-woven with the dyed threads, and Japanese-style dressing to make kimono. , I was able to consistently learn how to become clothing.
In addition to that, I was able to learn indigo and safflower cultivation, which are dyes, but I spent more than half of the monthly fee on the material cost of indigo dyeing, studied at the Nomura Silk Museum during the day, and worked part-time at a convenience store at night. I made a living and lived.
After successfully graduating from the Nomura Silk Museum, in June 2017, I became a long-sought disciple of [Somenotsukasa Yoshioka, the fifth head of the family, Sachio Yoshioka].

Somenotsukasa Yoshioka, the fifth head of the family, became a long-sought disciple of Sachio Yoshioka

At [Somenotsukasa Yoshioka 5th owner Yukio Yoshioka], at the same time as learning various things, I was able to gain a great deal of achievements.

In addition, I learned about things other than dyeing by proofreading Sachio Yoshioka's manuscript, preparing materials for the lecture, and accompanying the lecture.
While accumulating achievements at Yoshioka Kobo, such as appearing in the magazine Waraku released in March 2020 as an article written by Queen Akiko, the literature owned by Sachio Yoshioka outside the closing hours Borrowing daily research At the same time, for independence, I bought dyeing tools little by little from the monthly salary, launched my own brand "GROMWELL" with the permission of Sachio Yoshioka, and started preparation and production little by little.

In the second year of Yoshioka, I rented a field of about 0.00661157 hectare and started cultivating indigo and producing dyes. I learned that Kyoto was making the finest indigo.
Then, I was shocked to learn that the person who told the state-of-the-art indigo cultivation method from Tokushima to Kyoto was decapitated by Tokushima prefecture due to the indigo rights of the Edo period, and Kyoto indigo was cultivated in Kyoto city. , The feeling of reviving the destroyed Kyoto Ai for the first time in Kyoto City has sprung up. 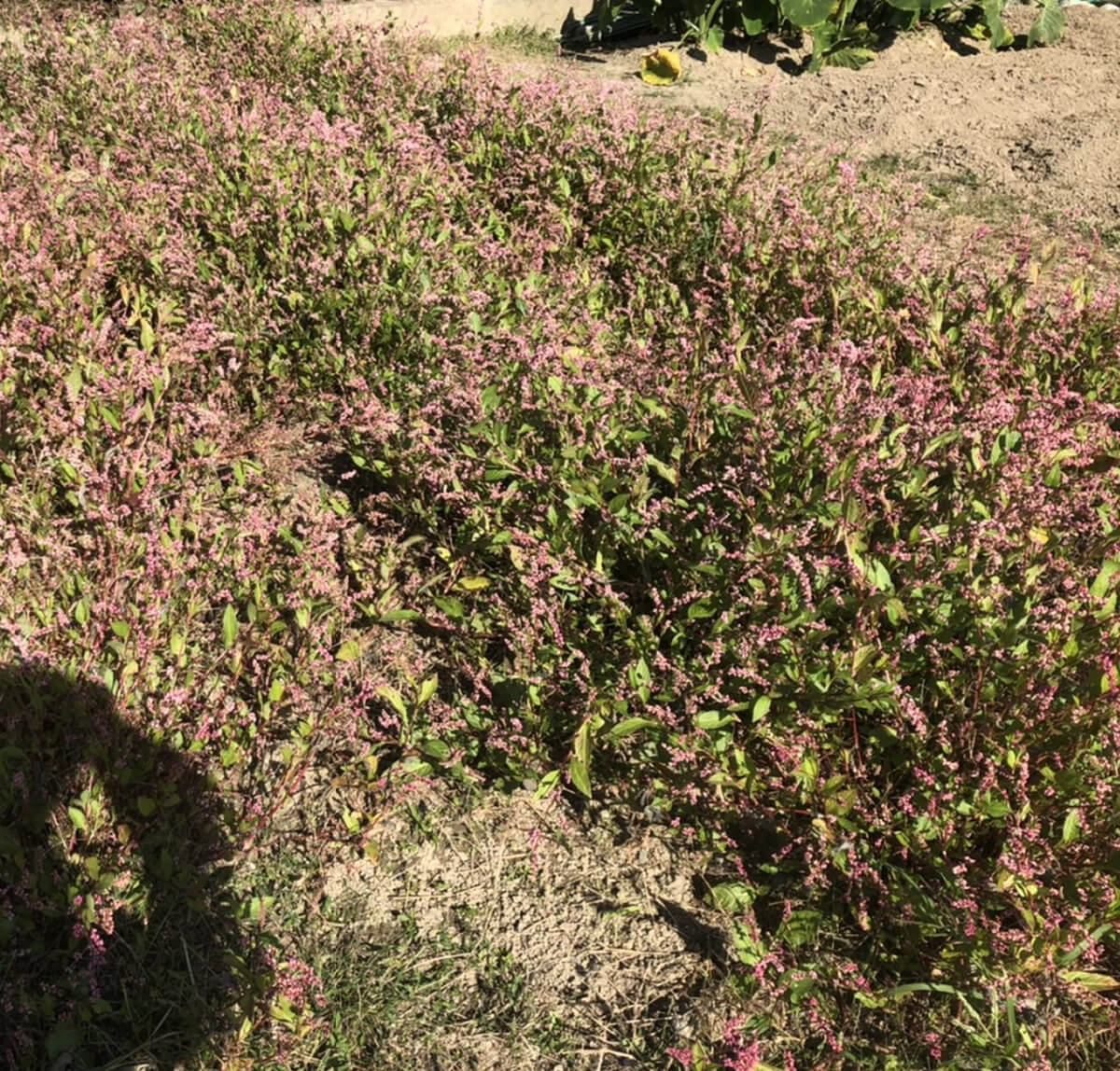 Activities and production at GROMWELL

Somenotsukasa Yoshioka Sachio Yoshioka died in the third year, and the independence was postponed in the originally planned three years. Did.
In addition, the work clothes (tenugui) of Inoichi, a ramen shop in Kyoto, which has been published for 5 consecutive years by Michelin, are also dyed.
Currently, we are renting a field of 900 tsubo and taking over the historical cultivation method (only natural fertilizer) to revive Kyoai.

In addition, in connection with Menya Inoichi, we take care of all the waste of soup stock (bonito flakes, kelp) that comes out in Inoichi every day, dry it, mill it and reuse it as fertilizer for the field, or indigo made from 100% natural. Instead of throwing away the dyeing liquid as waste liquid, it is circulated as fertilizer in the field.

Clothes made with our own brand GROMWELL also use all natural materials, face environmental problems, and sincerely work on the goals of SDGs12 [responsibility to make, responsibility to use] with the concept of manufacturing that starts from soil and returns to soil, after use We convert discarded products and residual cloth into compost (soil) and use it as fertilizer for fields to carry out activities in line with the global circulation cycle.

2022
Feb. THE KYOTO "KYOAI" to the next generation

Jul. THE KYOTO The future of “Kyo-Ai” opens with the completion of the young craftsman workshop

Kyoai Dyeing Master Matsuzaki For requests for collaboration products to Riku and other inquiries, please call us.Alternatively, please use the inquiry form. Please feel free to contact us.